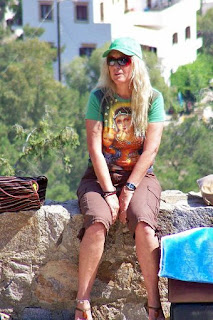 Publication of 'True Life in God' began in 1990 and the work has been translated into many languages and given rise to a widespread readership.
Posted by David A. at 11:50

Hi David, I have read the messages and met Vassula when she came to calgary . I felt like a child standing next to their favorite hero/idol . lol
http://img94.imageshack.us/img94/8958/picture127z.jpg

That picture is very colorful of her . I like her T-shirt too :)

This was a surprise because I put this simple little blog up a couple of years ago and only added a few things this last week or two. You are the first person to comment!

Blogs do not seem to get indexed on Google until they get linked by somebody or I don't know what... And I don't think there are many TLIG bloggers out there unfortunately.

Yes, I can imagine how you felt standing next to Vassula. I always tell people that she has an almost tangible gentleness when encountering her in person.

I too started my blog in April 2008 but only picked it up again in september 2009 and I haven't stopped . I've been meeting all sorts of nice people and I forget how I found this blog .

Great site! (Same SueUSA as in forum) She is indeed a most unseemly prophet. I also love how God chose a lay person and a woman at that! It goes to show in both cases that God proceeds according to His ultimate Plan irregardless of position and/or status in life. I really love Vassula and her unwillingness to cave into despair, given all she's seen and heard and puts up with (I am sure greater than any one of us can fathom) and presses on no matter what. She continues to look remarkably well despite her many years. She is one I definitely want to "look up" on the Other Side. God Bless her and all associated with TLIG ...

Thanks for your comments, Sue.

And yes, Vassula continues to look unbelievably youthful for her age. I first met her thirteen years ago and I would say she looks younger now than she did then! 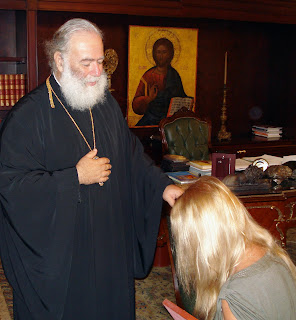